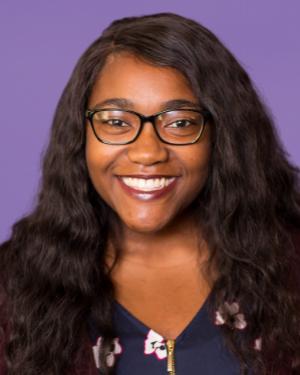 In this interview, we catch up with 5th year Northwestern political science PhD candidate Dara Gaines on her CSDD-funded project. Gaines discusses her journey to academia as well as exploring the contrast between white and Black rural voters to build her dissertation. This interview has been edited for clarity.

How did you get your start in academia?

Dara Gaines: I was torn between doing a PhD in political science or going to law school at first. My undergraduate advisor, Dr. Pearl Dowe, ultimately inspired me to pursue the PhD. She actually set up a meeting between me and Al over Zoom (which was funny because it was before everything was shut down because of the current pandemic). Anyways, we just talked about what kinds of things he was working on at the time and the different opportunities I would have as a political science PhD student versus a law student. I enjoyed the flexibility that I saw in the PhD programs versus law school, and that enticed me enough to go ahead and pursue it.

Up until now, the field has discussed white rural Americans as people who feel like they've been slighted by “urban” people - whatever urban means. They feel like the government doesn't really care about them, their leadership doesn't really care about them, and they have a whole different set of morals - according to them- than the people in “urban” spaces. That's why they vote conservatively or that's why they support people like Donald Trump and other Republican officials who might not have their best interests at heart, but they support them because of these feelings, according to the literature.

Because we know that black rural black people don't vote the same way that white people, my interest is in figuring out why that's the case. If rural white people have the feelings of resentment against the “urban” populations that supposedly results in conservative thought, do black people have those same feelings? And, if they do, why are they not turning out to be Republicans? And, if they don't, what are the feelings that they have about being rural?

I'm using the CSDD funding to pay for the actual survey firm to host a survey, but then also to pay people to take the survey. I'm going to do some sort of hybrid study where most of its online, but I'm going to have to go out into the field and get some actual data from rural African Americans. It’s very unlikely that they're in the online databases to take those surveys. So, I'm going to have to go out and physically get them to take it like on an iPad or something, and some CSDD funding will pay for that.