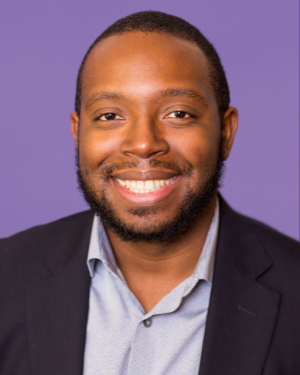 In this interview, we catch up with 5th year Northwestern political science PhD candidate Justin Zimmerman on his CSDD-funded project. Zimmerman discusses his journey to academia as well as the progress on his dissertation project where he surveys Black residents of Chicago's Englewood, Douglas/Bronzeville, and Calumet Heights neighborhoods on their views of police action in their respective communities. This interview has been edited for clarity.

Q: How did you get your start in academia?

In undergrad, I had been told by one of my professors at the University of Alabama that I should get a PhD. But, I’m a first-generation student and it really took some time understand what they meant or understand what I could even contribute to academia. It was never a matter of me just coming to this decision, but just that I didn't feel ready and I didn't have the resources to do it until later on. Once I felt a little bit more centered and a little bit more put together in everything else that I needed to do in my life, I felt like I could come back to school. I was always going to come back, and I finally just got the shot.

The big question I’m trying to answer is how do people in race/class subjugated communities – poor Black folks – advocate for themselves against state and community violence. Basically, I wanted to have a study that focused on poor Black folks and how those voters politically participate with regards to violence.

My project is heavily qualitative so a lot of the information that I'm collecting is part of this focus. I'm trying to connect some dots, but based on my initial results, I'm finding this idea of situational trust. When a group of people who have traditionally had this distrustful relationship with certain organizations or institutions including the police, of course, outside nonprofits or local politicians, they'll still find themselves working with these institutions in order to remedy a particular problem. In this case, I'm trying to figure out who are the people who are working with these folks to remedy violence.

For example, people will say, ‘I just have an uneasy relationship with [the police]’, but at the same time, they'll still go to like the community policing baseball camps and they'll do the job corps stuff with them because they see it as an avenue for getting certain resources in order to remedy the problems that are happening in neighborhood. The need for these resources really complicates the relationship they have with an institution that they don't really trust – when the means for getting what you need from anyone else other than these other than my local politicians, nonprofits and the police. So that's what I did and that's the story that I'm trying to tell.

Q: Why has this funding been critical to your research?

Due to the COVID-19 pandemic, I suddenly needed my project to be virtual. Initially, I thought I was going to be doing interviews and having face-to-face contact with people. That ended up not being feasible in order to not only keep myself safe, but especially keep people in communities like Englewood safe where you know, vaccination rates are really, really low.

The CSDD helped me find a virtual option for conducting my research which enabled me to mail Kindle Fire tablets to my research participants in order for them to be able to participate virtually. Part of the significance of them letting give him the money to do such a thing is that I'm interviewing in places that are that are highly disadvantaged when it comes to resources, so people don't necessarily have the tools to just go on Zoom whenever.

The grant from the CSDD allows me to give some type of technology in order to make sure everybody has an opportunity to participate, so everybody had an opportunity to have their voices heard – it was very very big deal. Part of my research is trying to let people speak about politics and about political participation that oftentimes are ignored in the discipline of political science, particularly poor black people. Their stories matter and it is easier to tell those stories with a little bit of funding.